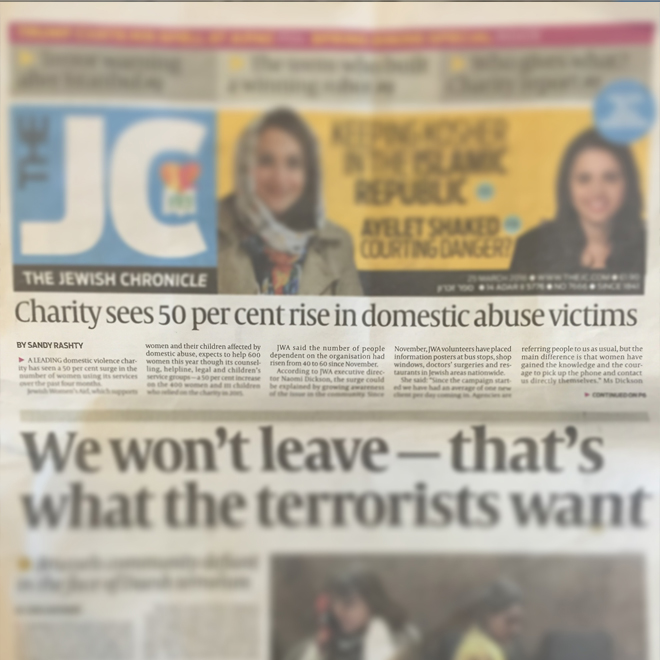 Following the success of the outdoor domestic abuse awareness campaign that The Creative Clinic created for charity Jewish Women’s Aid (JWA) last year, a front page feature has just been published in the Jewish Chronicle, the UK’s oldest and most widely-read Jewish newspaper, that relates directly to this. You can read about the campaign itself here.

The headline and accompanying feature reports that since the campaign launched, the charity has experienced a 50 per cent surge in the number of women accessing its services.

In the article Naomi Dickson, the Chief Executive of JWA is quoted as saying: ‘Since the campaign started we have had an average of one new client per day coming in…the main difference is that women have gained the knowledge and the courage to pick up the phone and contact us directly themselves.’

This is a bittersweet outcome: on the one hand proof of the importance, success and validity of the awareness campaign that was developed, and on the other, further evidence that domestic abuse remains a significant problem that is only now becoming more openly acknowledged. 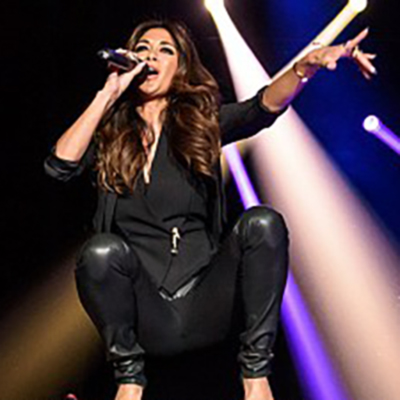